Ciryl Gane got it done, but it wasn’t exactly a ‘wow’ affair 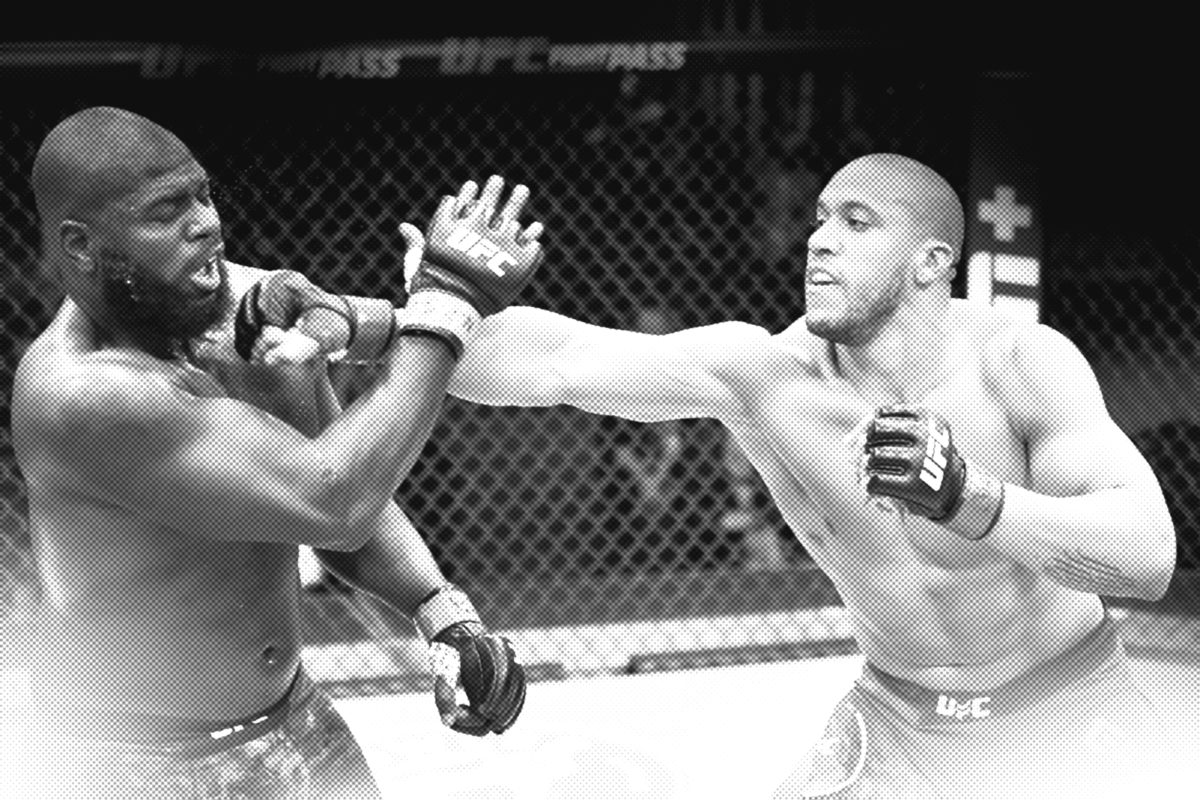 Courtesy of the UFC

If there was an ounce of caution heading into Ciryl Gane’s heavyweight fight with Jairzinho Rozenstruik, it had to do with something the fight game is all too familiar with — the hunch to guard against a letdown. Gane came in undefeated in the UFC, and was fresh off ridiculous knockout of Junior Dos Santos as the opening act of UFC 256. That fight made quite an impression and got him a few steps up the rungs, which in this case was a headlining spot against Rozenstruik with abstract title impli…somethings.

So what happened in his first really big moment on Saturday night? Why, he won somewhat easily, of course, yet so subtly and so methodically that it didn’t make the ground quake in any dramatic way. He just kind of muted Rozenstruik’s danger areas and ladled out enough offense of his own to get the scorecards in agreement. The UFC’s color analyst Michael Bisping was urging the action from either man by the fourth round, trying to will some desperation into Rozenstruik’s rare flurries. Or, short of that, perhaps trigger Gane’s animalistic side to come roaring to life.

Gane was workmanlike, very measured in his approach and very much a picture of restraint, which isn’t always the visual the UFC wants to project. The betting public wasn’t as restrained. Even though it was only Gane’s eighth pro fight, he ballooned to a -270 betting favorite heading in, which only amplified the idea that Saturday night would be a true moment of arrival for a France’s futur champion. Realistically, Gane did nothing to lose much ground in that pursuit.

But with the game set up the way it is, he didn’t gain a ton, either.

By now it already feels cliché to say it, but nobody can blame Gane for fighting smart down the stretch of a bout he was clearly in control of. He had his win bonus dangling out there like a carrot. Why jeopardize that unnecessarily? The pressure fell to Rozenstruik to create a plot twist in a fight with a fairly established narrative. Gane was winning, the burden falls to Rozenstruik to do something about it. Rozenstruik couldn’t (or wouldn’t), and the fight just kind of ended on the same note it began. Any disappointment could be found in the details: Those hoping for a slugfest got a pitcher’s duel.

In some ways, it was a relief. With what’s been going on with other prized prospects destined for big things lately, seeing Gane walk out of a five-round fight against a bomb-chucking power player was a welcome change. The same couldn’t be said for Amanda Ribas, Sean O’Malley, Joaquin Buckley and Edmen Shahbazyan, buzz-name prospects who were earmarked to do big things early in their careers. Gane didn’t get into a game of wheelhouse roulette in there by design; in the battle within the battle, better to win anticlimactically than to get knocked clear to the back of the line with one big uppercut.

Then again, a “smart” fight can leave an impression the same way an “explosive” fight can, or a “boring” fight — especially in a big spot when people are determining what kind of fighter they’re watching. In a game forever on the lookout for transcendence, the full potential of a prospect takes shape with each showing and with every intention. The sense of continued escalation is what turns a contender into a star by the time they arrive at a title fight. It’s within those esoteric terms that people either feel drawn to a fighter or find themselves daydreaming about what all they have to get done tomorrow mid-fight.

Gane’s first big main event was both impressive and fairly unremarkable, depending where you fall on the diehard-to-casual spectrum. He went for a standing rear-naked choke in the second round, but other than that he never had Rozenstruik in any real danger. The suspense for a finish kind of fled the building somewhere early in the third round, as the pattern was established. Gane was well in control of things, and that was good enough for him. That left a lot to the imagination. He was able to get through a five-round heavyweight fight without taking any damage at all, a feat that was both remarkable and somewhat non-representative of a fight.

If there was a “wow” factor to Gane’s win over Rozenstruik, that might have been it.