Francis is King, so let’s play baby — it’s Jon Jones or what? 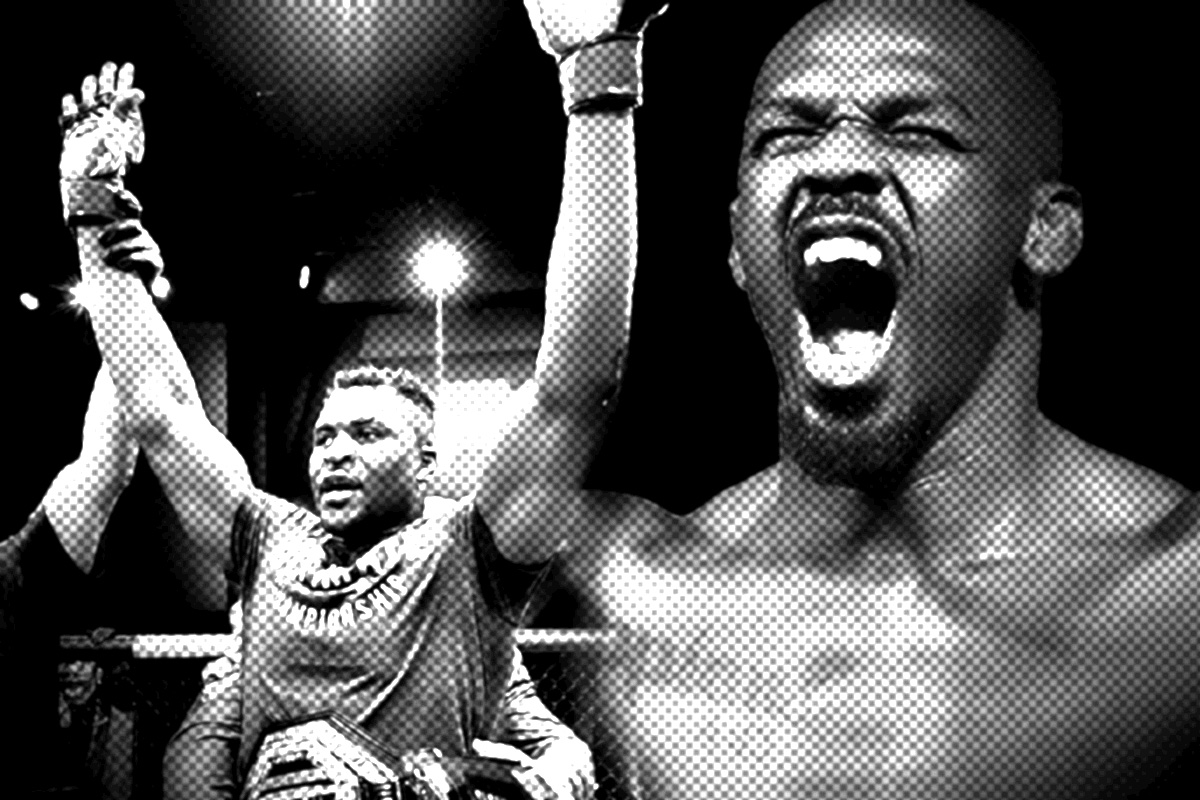 It took about eight minutes for Jon Jones to enter the conversation after Francis Ngannou flattened Stipe Miocic to win the UFC heavyweight title at UFC 260.  “Let’s play baby,” he tweeted, three awesome words that pumped blood through the heart of the fight game hysteria on Saturday night. It took about eight seconds for that tweet to get deleted.

As a writer, it’s interesting to study Jones’ process. His first drafts are often these wads of screen-captured impulse thoughts that get crumpled up and tossed into a virtual wastebasket not long after going live. Then he comes back with his edit.

In this case, “Show me the money.”

Definitely a better beginning, all told, especially given the context. Remember, Jones was flirting with a non-title fight with Ngannou last May when he decided to move up to heavyweight, and all signs were positive until it got to the negotiation table with Dana White. It was at that point, when the public’s imagination was already working over the sheer immensity of that fight — with Jones and Ngannou exchanging barbs back and forth on Twitter, like a couple of UFC colossi revving their engines — that Dana shut it down.

“For the amount of money he’s asking for, it’s not going to happen,” White said of Jones. “He couldn’t be asking for a more absurd amount of money at a worse time.” Pandemic, remember. And Dominic Reyes was dangling out there for a rematch, which Jones, as the acting light heavyweight super, still had to deal with.

But all that was before. Jones relinquished his 205-pound belt so that he could make a permanent move to heavyweight, which was part of Dana’s hang-up with making the Ngannou fight to begin with. He wanted to be sure Jones was going to stick around heavyweight, not just dine-and-dash. And Jones was very clearly in the wings for this weekend’s big rematch between Ngannou and Miocic, which gave the fight a kind of dramatic glow. For promotional purposes, it couldn’t have been a better set-up.

The winner would face Jones. If that winner was Ngannou, that would pave the way to one of the biggest fights in UFC history. The UFC can have the most imposing heavyweight ever go against the greatest the sport has known.

Yet what Jones and Dana were doing on Saturday night — Jones from his couch, Dana from the press conference — were publicly opening up the second round of negotiations to make the fight, this time with a title in play. Jones’s Twitter rewrite defaulted to his original request (“pay me”), and White fell back on his usual defense to that kind of request (“He must not want the fight”). In fact, what White said on Saturday night was, “If I’m Jon Jones and I’m home watching this fight, I start moving to ’85!”

In other words, White sees Jones as a trembling GOAT, the kind that gets the hell out of there at the first flash of lightning.* Wanting more money always translates loosely to fear. The big question is: Why is Dana digging in that deeply, that quickly? How absurd is Jones’s asking price that in the celebration of Ngannou winning the heavyweight title he’s already sparring with Jones publicly? Is it really a money issue?

Because back in August, just three months after White said that Jones was asking for “absurd” money, White did an interview with Cage Side Seat and prefaced an answer to one of the questions with, “I didn’t want to get too cocky or talk any shit, but…

“…on October 25, I’m going on a Conor McGregor boat somewhere and I’m disappearing for a few weeks, and I will have successfully murdered this year,” he said. “It will probably end up being the best year the company’s ever had.” Pandemic, shmamdemic — the UFC murdered 2020. So, it’s a bad time to ask for more money for a superfight when the company is in the midst of its best year ever? And coming off that year, that’s still an issue?

Anyway, back to Saturday night’s stakes, because those stakes were as big as the fight itself.

Not everyone loves Jon Jones. But everyone has at least a rooting interest in a Jon Jones’ fight. Many want him to get fed to a buzz saw like Ngannou just to see him get his ass kicked. Some want to see him in a situation where he’s fully motivated again, rather than fending off the meritocracy with a yawn. Some think he’s declining and that a fight with Ngannou with expose that. Some love him, despite his many transgressions over the years, and the many times he cost the UFC millions by screwing up their plans. Some believe that he is still the GOAT and always will be, and a fight with Ngannou is just about as good as it’ll ever get to find out. Some want his greatness dragged out of him.

All of that adds up to big business when there’s a champion who has emerged, who has taken up the reins as the scariest human being on earth — a place Jones is known to occupy. Jones encountering such a frightful heavyweight is in line with the UFC’s tried-and-true motto over the years, the thing that has always separated MMA from boxing in essence: We give the fans the fights they want to see.

Those words make Dana’s leveraging of a possible Ngannou rematch with Derrick Lewis next all the more…what, flaccid? Uninspired? Digressive? Nobody other than perhaps John Waters wants to see Lewis-Ngannou II, because the first one was such a bad trip. That’s why Jon was working on his drafts Saturday night, crumpling them up, then working on some more. His process was playing out.

“Francis looks great,” he tweeted, “if I’m being honest I wasn’t really impressed with Stipe. Tall challenge, let’s set something up.”

It wasn’t to his liking. He deleted that and reworked it into something more readable, something that had a little more rhythm.

“I quit the light heavyweight division, literally gained a massive amount of weight. And now people are saying I’m afraid? Everyone but me claiming that I’m afraid. All I asked was to get paid.”

There it was. Much cleaner and to the point.

(*Especially if it’s shaved into the sides of a man’s hair).