It sounds like a lazy movie review, but UFC 261 really was an emotional thrill ride 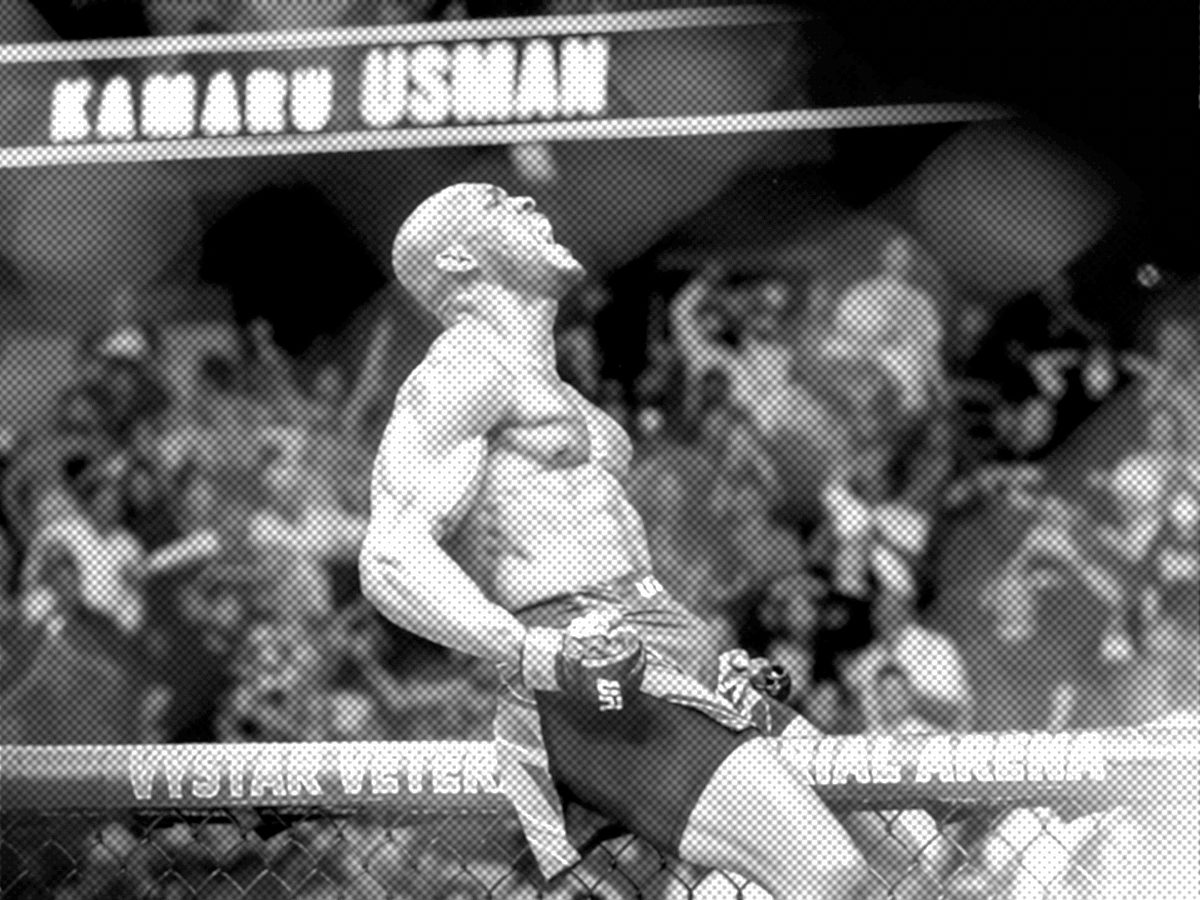 Saturday night’s pay-per-view in Jacksonville was something else. It was unpredictable and gripping. It was heartbreaking. It was teeming to the rafters with fans. It was competitive and insightful and basically everything that last Saturday night’s PPV in Atlanta was not. Of all the things on display at UFC 261 shtick wasn’t one of them, though Jake Paul did have a nice up-close seat with a bucket of popcorn.

Will it be remembered forever? There’s a good chance it won’t soon be forgotten. Because Chris Weidman snapped his leg on Uriah Hall’s lower knee it will definitely stick around and haunt the mind. That fight was a reminder that the fight game, for its many absurdities, is deep down cruel and dismissive, at times even mocking. Anderson Silva, the great middleweight champion, snapped his leg almost identically against Weidman at 168 seven years ago. Same thing: A checked kick. To see Weidman have that misfortune cast back onto him — as if the debt came due on some celestial ledger — was the kind of dark tint only cage fighting can wear.

That fight was also a reminder that it’s a serious business. It’s always been serious. We joke to keep things light, but it’s deadly serious and we sometimes have to quit thumping with the DJ mix for just a minute when a leg goes numb* or a leg gets broke. The idea that disaster looms is of course an unspoken hook, but we all know the senses won’t dwell. And because there was a program to keep, those senses made a mad dash to the next fight, which was Jessica Andrade versus Valentina Shevchenko for the women’s flyweight title.

It was a fine distraction.

Watching Shevchenko breeze through perhaps the most dangerous opponent she’s faced in the flyweight division wasn’t a revelation so much as an affirmation. Andrade, who carries power in her hands, just couldn’t get anything done. Shevchenko was too quick, too skilled and far too cold blooded. She took Andrade out with elbows on the grounds in the second round, and then did her happy Lezginka dance. It sounds weird to say it, but what a freaking stud.

That’s when the Ric Flair wooos kicked back up in earnest and the chants of “U.S.A.” got louder and — at intervals — the chants of “Fuck Jake Paul!” restored the mood. Should the strawweight champion Zhang Weili have been booed in Florida? Hell no! She is the mighty bookend of the pandemic. The last time the UFC had a full house she and Joanna Jedrzejczyk stood toe-to-toe for 25 minutes, giving fans one of the greatest fights in UFC history. Now she was returning at the other end of that pandemic like a promise kept, ready to do it again with Rose Namajunas.

What a fight it was, too. Namajunas has been accused of being in her own head throughout most of her career, and she usually agrees with these accusations to some extent. It’s never easy to know exactly where she stands heading into a title fight, if there are new mantras or wrinkles or revised psychologies. But she always comes in well studied and with ridiculously effective game plans. That head-kick she landed on Weili was jarring. For all the people fixated on Weili’s strength and how big she is in China, it was like being snapped out of a reverie.

Just when you think Namajunas is overmatched, she shows up like that. She defies everything: Expectations. Odds-makers. Narratives built around her and narratives going against her. Everything. But it meant a lot, which she communicated through tears of joy while holding the belt once again. “When I do my best, I am the best,” she said.

It was an emotional thrill ride. It really was. Some people don’t like to talk about emotion, but it was all over the place on Saturday night in Jacksonville. Fans were back in the building. Fighters were charged by the lively soundtrack. Belts were changing hands. And then there was Kamaru Usman at the end, making his quiet walk towards history.

Undefeated in the UFC at 13-0, and just out of earshot of all the GOAT talk. He didn’t just wrestle Jorge Masvidal like he did the first time. He didn’t mug him from in close in the clinch and make hell for him on the fence. He let his hands go. He traded with Masvidal, and landed a flush right hand that exploded off of Masvidal’s chin into a thousand beads of sweat. What a thing of cinematic beauty. He baptized “Street Jesus.” That’s how a night like that ends.

What did Usman do? With his father recently out of prison and able to make the trek from Dallas, he wrapped the belt around his dad’s waist. There were tears in that one, too. It was like that. Emotion is part of fighting even if it’s the thing most repressed, and it showed up Saturday. Pain, joy, devastation, triumph. It all came out in Jacksonville.

And UFC 261 ended up being one of the most memorable cards on record.

*Poor Jimmy Crute was lugging around a dead leg after Anthony Smith kicked the feeling out of it, which was very hard to watch!