Ngannou-Miocic II is just as big, but very different from the first fight 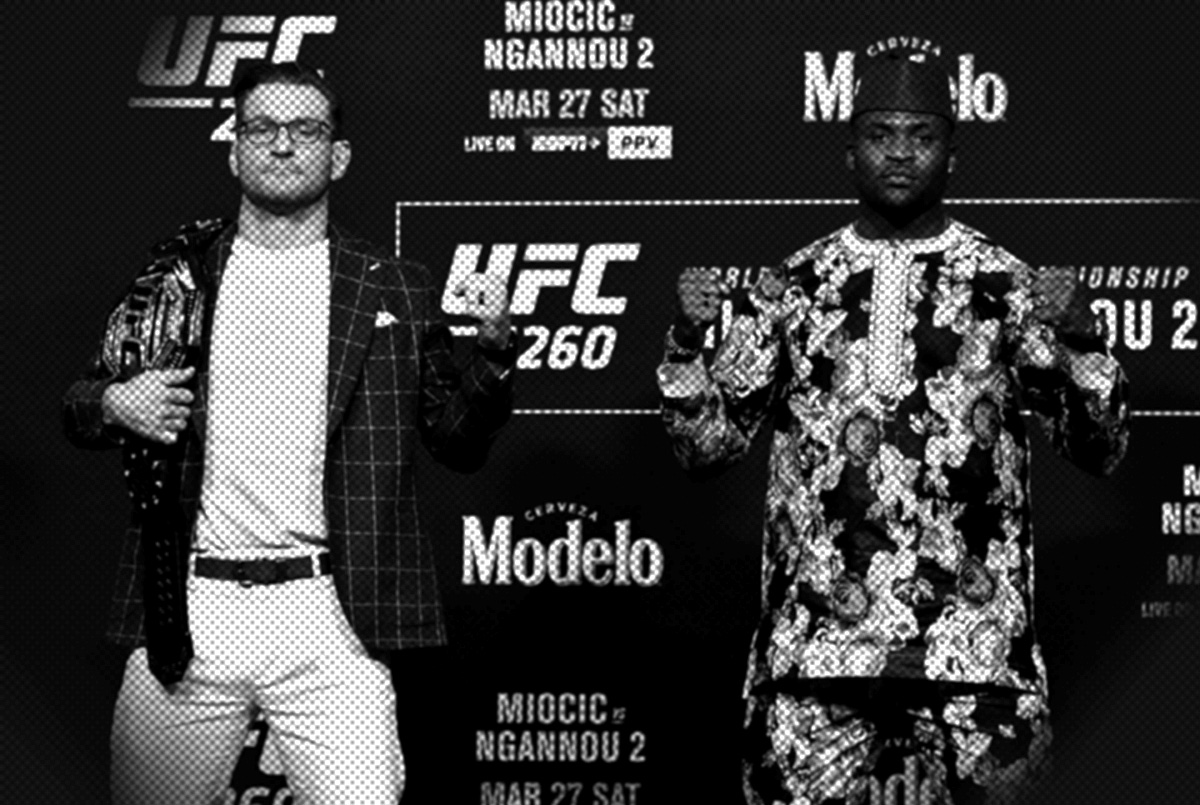 Before UFC 220 back in early 2018, I can distinctly remember Daniel Cormier and Francis Ngannou appearing on a sports radio show in Boston together to hype the card. Knowing that the hosts didn’t pay close attention to MMA, both guys played along to the “perception” of what was going on. Ngannou, who was getting ready to face Stipe Miocic for the heavyweight title, looked like an absolute monster. Cormier, who was fighting Volkan Oezdemir in a light heavyweight title defense, looked like he had a pretty extensive collection of Lacoste polos.

So naturally, all the talk fell to Ngannou. They talked about him like he was an exhibit rather than a man. They spoke of him, rather than to him.

“Look at this man,” they said. “He doesn’t even say anything.” “He’s terrifying.” “Can you imagine fighting this guy?” “Look at the size of his hands.” “I feel for Stipe, I really do.”

At a certain point, one of the hosts asked Cormier if he’d go to heavyweight and fight Ngannou, and Cormier played right along. “You kidding? Look at him! You think I want to get and fight this guy?” It was easy to imagine Cormier good-naturedly squeezing Ngannou’s shoulder as he said this, a show of affection as the hosts eagerly verified his sanity.

Anyway, I remember thinking — what a fucking liar!

Ha, DC knew damn well that he could hang with Ngannou. But for that big show he was happily standing by and letting everyone believe what they wanted on the big heavyweight challenger. After all, Ngannou had knocked out four guys in a row in the first round. If one of those power bombs found Miocic’s chin he’d become the most talked about heavyweight champion since Brock Lesnar. And by degrees its most imposing.

We all saw what happened. Ngannou tried to knock Miocic’s head off for the whole first round, swinging with all his might at that suddenly very elusive Cleveland chin. He landed a couple of nice shots — in fact, he put a little mouse under Miocic’s eye —  but he wore himself out in the process. In the next three rounds, Miocic outstruck Ngannou 157-12. Miocic took Ngannou down a bunch and just kind of piled his bulk onto Ngannou’s heaving shoulders. Ngannou could barely lift his arms by the end of the fight. It must’ve been a severe buzzkill for those Boston radio hosts to watch.

As big fights tend to do, that night changed everything, and that’s the reason why Saturday night’s rematch between Ngannou and Miocic at UFC 260 feels so different. Ngannou went on to have a dispiriting fight with Derrick Lewis, in which he barely found the nerve to throw a punch, before going on his latest death march back to a title shot. And Miocic entered into a three-part war with Cormier, which was just about one of the most brutal recurring collision courses in UFC history. He has emerged from it as the greatest heavyweight champion of all time.

Even though he remains a slight underdog, Stipe is far more visible than he was the first time. And people aren’t nearly as hypnotized as they once were with Ngannou’s physical stature and power. He remains the same specimen as he was before, and he has compiled a ton of fresh B-roll (poor slow motion Jairzinho Rozenstruik), but we’ve already seen him get worked by Miocic in a very lopsided fight. The sheen of invincibility is off. In fact, the image of Ngannou struggling to pull the trigger against Lewis is like one of those cop shows where the gun-shy lieutenant aims at some perp and then drops his weapon because he just doesn’t have it in him.

All of this, of course, benefits Ngannou, who was forced to address his weaknesses and make some changes in his training. These days he isn’t bouncing back and forth between Vegas and Paris, France — he is just training in Vegas, where the fight happens to be. He says he’s been working on the wrestling and grappling, though we haven’t seen it in practice because his fights tend to last about thirty seconds. He has experience, most of all, in losing. Experience in not buying into his own hype. In finding out, in the biggest bout of his life, that he didn’t nearly have what it takes to topple Miocic.

That all adds up to “motivation.” As the old saying goes, win or learn. He got over his gun-shyness with Lewis to destroy the next four guys. Now there’s one last hurdle to clear, and that’s Miocic — the guy who made him gun-shy to begin with.

The intrigue this time isn’t “can Miocic survive” so much as “what happens if the fight hits the second round?” Can Ngannou conserve energy? Can he keep the fight standing? Can he get back up? Does he go into a mental tailspin the moment Miocic takes him down? In short, does he have a Plan B, and will that Plan B even work against a grinding, mentally unshakable monolith like Stipe?

The imposition is still there. So is the power, and the urge to marvel at Ngannou’s size. If he were to go on a morning talk show, the hosts would still squeeze his biceps a bit and feign terror into their microphones. Ngannou would still be the most talked about heavyweight since Lesnar if he beats Miocic, but it doesn’t feel like a foregone conclusion. In fact, the real question for the rematch is really pretty basic: Can he?