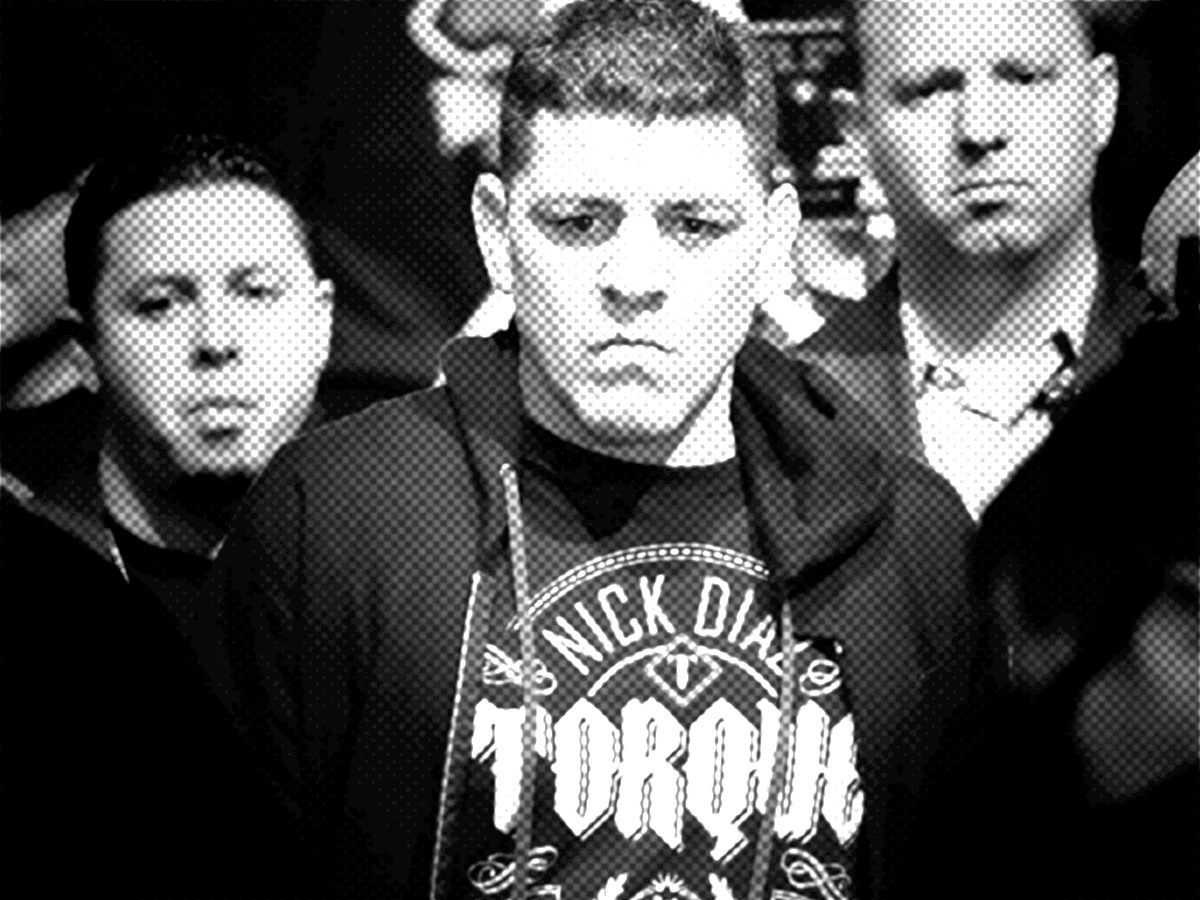 The first time I ever really spoke to Nick Diaz was out in Los Angeles, where he was doing a Strikeforce media conference ahead of his fight with Frank Shamrock. We were sitting in the back of the room, and just small talking about bullshit, and honestly he couldn’t have been nicer. He was almost shy, and he was telling me he’d be happy be part of a piece I wanted to do for Fight! Magazine when Strikeforce officials came up and told him it was time.

Then he went up to the rostrum where Shamrock was gathering and — as Shamrock went to shake his hand — Nick stuck his middle finger right in Shamrock’s face in what came dangerously close to an unnatural act. The mug turned mean. The body puffed out like a cat to exaggerate its size. Just like that, when presented with the guy who wanted to hurt him, he psyched himself up into the hard figure of the 209.

The cameras snapped, and that part of the experience went on record.

A dozen years later, that’s still kind of the quintessential Nick Diaz. I believe him when he says he doesn’t enjoy fighting, and I think he’s made that clear by staying away from the Octagon for six-plus years. I can see that he is at odds with what he knows is in him to do; that it’s his burden to drag out the part of him he’d just as soon leave dormant. I believe he would love nothing better than to avoid media altogether and maybe just skip the fight with Robbie Lawler, too, if that were possible. Appointments like this are not his thing.

Anxiety has been, though. It is part of the Nick Diaz experience. If anything, when juxtaposed against his rougher exterior, it endears people to him — though he’s also well aware of his cult status, and can snap into that essential vibe whenever he has to. That’s why on Saturday night, so long as Diaz has found his way to the arena, has made weight, has gotten his hands wrapped and has worked up a little sweat backstage, he will feel the love when he makes that walk. He will be feeling the thing we’re feeling because he is now in motion. Once it’s underway, no need to over think. The only thing left is to do.

There are a lot of conflicting feelings are out there surrounding Diaz this week as he returns at UFC 266. His fight with Robbie Lawler is a rematch to UFC 47 some 17 years ago, when Diaz was just 20 years old. Even back then he was taunting his opponents, because Diaz has never dealt particularly well with empty action. He thinks he has to deliver, and that stillness in a fight is a judgment against him. These things go unspoken, but Diaz’s taunts are almost like in-cage version of nervous laughter.

This, too, endears him to fans. Even when he lies down and relaxes in a middle of a fight with Anderson Silva.

Still I get it. There aren’t any traditional stakes in play, which bothers people who see fighters as obsessed automatons in pursuit of titles. These guys aren’t ranked or even remotely part of the rankings meritocracy. Lawler has lost four in a row, for God’s sake. This is nothing more than a twilight bout that the UFC is serving up as “bang for the buck” for the two title fights at the top of UFC 266. It’s a Nick Diaz fight for the sake of a Nick Diaz fight.

I’m not even sure it’s a good idea, to be honest. There are times Diaz doesn’t sound right, even with his social phobias. Like this week when he told ESPN that he’d have a better chance of beating champion Kamaru Usman than he would Lawler because he already beat Lawler. He also said, in a roundabout way, he will probably get his ass kicked. Nick forecasting his own ass kicking? Weird, but I guess par for the course. I still remember him talking about the “toxic airplane water” he was made to drink en-route to Montreal for his bout with Georges St-Pierre.

And then there’s the weight…what, issue? In ordinary situations, a big name fighter requesting a bout be changed from welterweight to middleweight during fight week would be unheard of. With Diaz, it’s just a little fight week wrinkle, and probably not the last. Fortunately Lawler is stingy with the fucks he has to give.

Lawler is probably thinking what so many others are: Does it really matter?

It does in hard ways that are hard to identify. UFC 47 was Diaz’s grand entrance into the fight game’s psyche. He showed the microcosmos of MMA that he was more than just a lanky jiu-jitsu player by knocking the known striker Lawler out. If he does it again as a 38-year-old reluctant fighter, there will be some Saturday night hysteria, for sure, but nobody will even know what the hell is being celebrated.

The fact that Diaz is back? The fact that he won? The possibility that he’s here to stay? Or the idea that Nick Diaz simply got through it? Because, if you’ve listened to him over the years, one thing is pretty clear — Nick Diaz is the most beloved fighter to ever hate fighting so much.