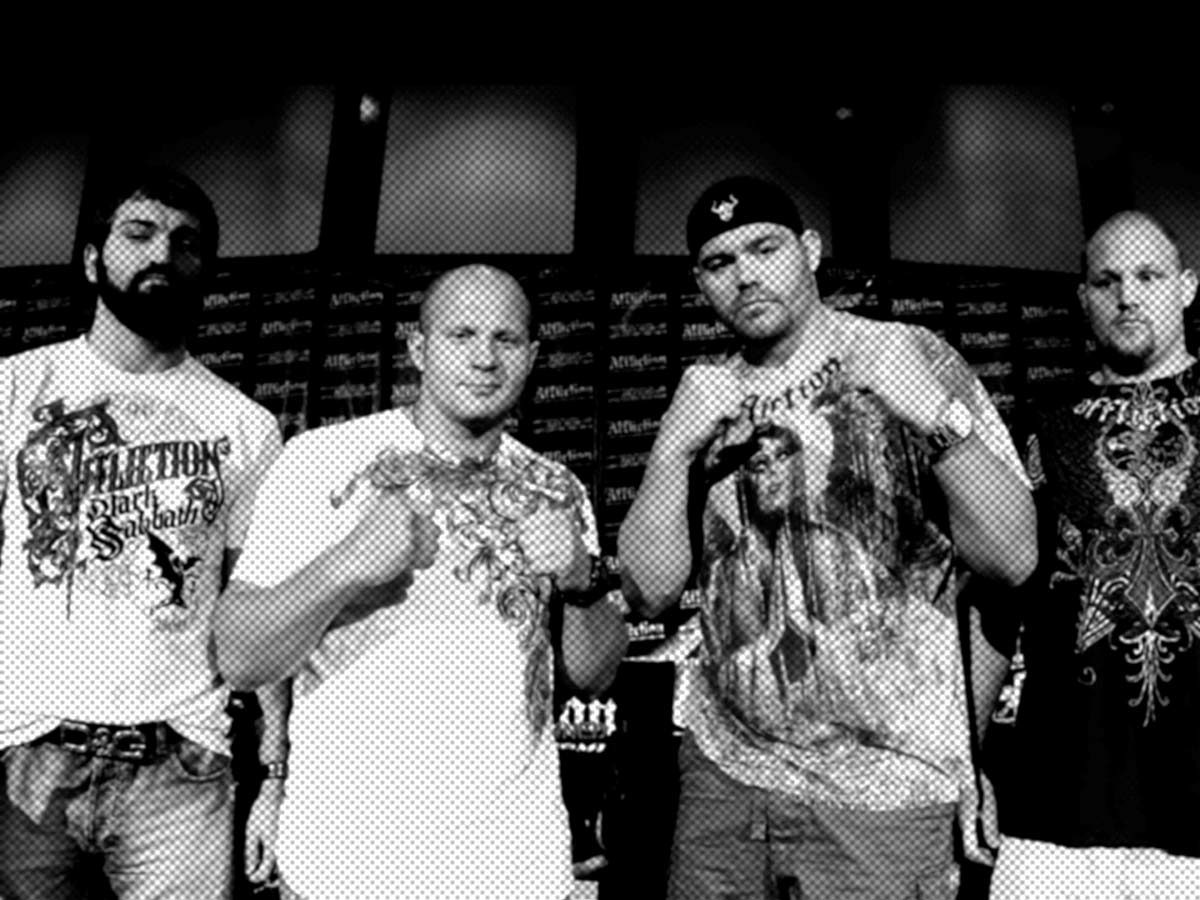 This week somebody posted a little piece I wrote for MMA Fighting about the night the UFC counter-programmed an Affliction event, and it gave me a pang of what I believe to be nostalgia. I started thinking about the good old days of MMA coverage, back when content wasn’t mostly headline pollution. Fighters hadn’t figured out which sites would become useful idiots, because the sites themselves weren’t yet so gleefully willing to play the role. People didn’t count on their tweets being repackaged as articles. As far as subject matter goes, journalism still suspected the truth was better found in reluctance, rather than in measured declarations and social media narratives.

The sad thing is the good old days weren’t even a generation ago. They were more like a decade ago. The coverage game — not just in combat sports, but everywhere — changed at the speed of metrics.

Back in 2010 I went to Detroit for UFC 123, not to cover the event itself but to shadow Karo Parisyan for a single feature for ESPN. He was a veteran fighter who’d been living through a mighty struggle with addiction and chronic pain, and the struggle itself was the story. I watched him break into a sweat and jones for pain pills in the days leading up to his bout with Dennis Hallman, miserably fighting the urge to score. I remember he was sipping soup at a restaurant before weigh-in day and a waitress there thought she could help him out, said she knew somebody, and Karo was tempted. It killed him to not take advantage. To not just say fuck it and give in. He openly thought about trading the four tickets the UFC comp’d him to let the pressured world of fighting and public scrutiny melt away. The devil on his shoulder was digging the pitchfork into his skin the whole time, but Karo’s better angels wouldn’t allow him to jeopardize his fight.

He lost to Hallman, in what was his last fight in the UFC. But the piece that came out of it was more about how he won in some larger way, simply by making it to fight night.

Not sure shit like that flies anymore. The machine roars on to the next, and there’s rarely a look back worth the effort. These site managers chase headlines like cats after laser lights. Whatever private hells are being endured drift by on the conveyor belt, and real people become fixtures at the event. We’re balls deep into what my friend Ben Fowlkes calls the “content generation.” There’s an awful lot of hollering over the endless stream of content, too. A hell of a lot of hollering. Hollering isn’t that interesting, nor all that fulfilling or permanent or particularly purposeful, but it’s a guarantee.

Cheap Content and A Lot of Hollering. Perhaps that should be the name of my book.

To be honest, I forgot I wrote that Affliction piece, which ran in 2014. When I was tagged on the tweet I had to click the article to confirm, and sure enough, it said “by Chuck Mindenhall.” As I read through, I was like, “Oh right right right, Tom Atencio, Josh Barnett, all that, that’s right…” It all came back. It was a little bittersweet to remember it, because I was likely working on six other projects when I sat down to write it. It was already like that by then, the juggling of assignments, making whatever nostalgia I have for the good old days…complicated. When did the good old days even end?

A classic example was the Jason Thacker feature I wrote in 2015. I’d talked about doing that piece for years. I had to track Thacker down in an area of British Columbia that he didn’t want to be found in, convince him to let me come for a visit, and then — when he finally consented after some convincing by my pal Ariel Helwani — deliver this awesome bit of news to the editor at MMA Fighting. I’ll never forget his words. “I thought you were doing this by phone?”

Maybe that’s when the “good old days” began to wear quotes for me. To justify sending me to the West Coast, he had me double up by stopping first in Los Angeles to get a feature on Sakuraba, who was competing in Metamoris. I had to sit through Sakuraba blowing cigarette smoke in my face for an hour to get to Thacker, MMA’s great lost figure of TUF lore.

(This is a horrible example, because Sakuraba was great, and his smoking before a jiu-jitsu match was gangster. The point is, there’s always got be more! Editors are assholes! Imagine breaking Frank Deford into a million clickable pieces! Hunter S. Thompson didn’t even file a piece when he went to Zaire for the “Rumble in the Jungle,” and that story was better than any story he could’ve filed! Why would anyone become a sportswriter? If you’re reading this, don’t. Don’t do it!)

Anyway, was cool to see somebody dredge up an old piece like that.