So, about Jake Paul… 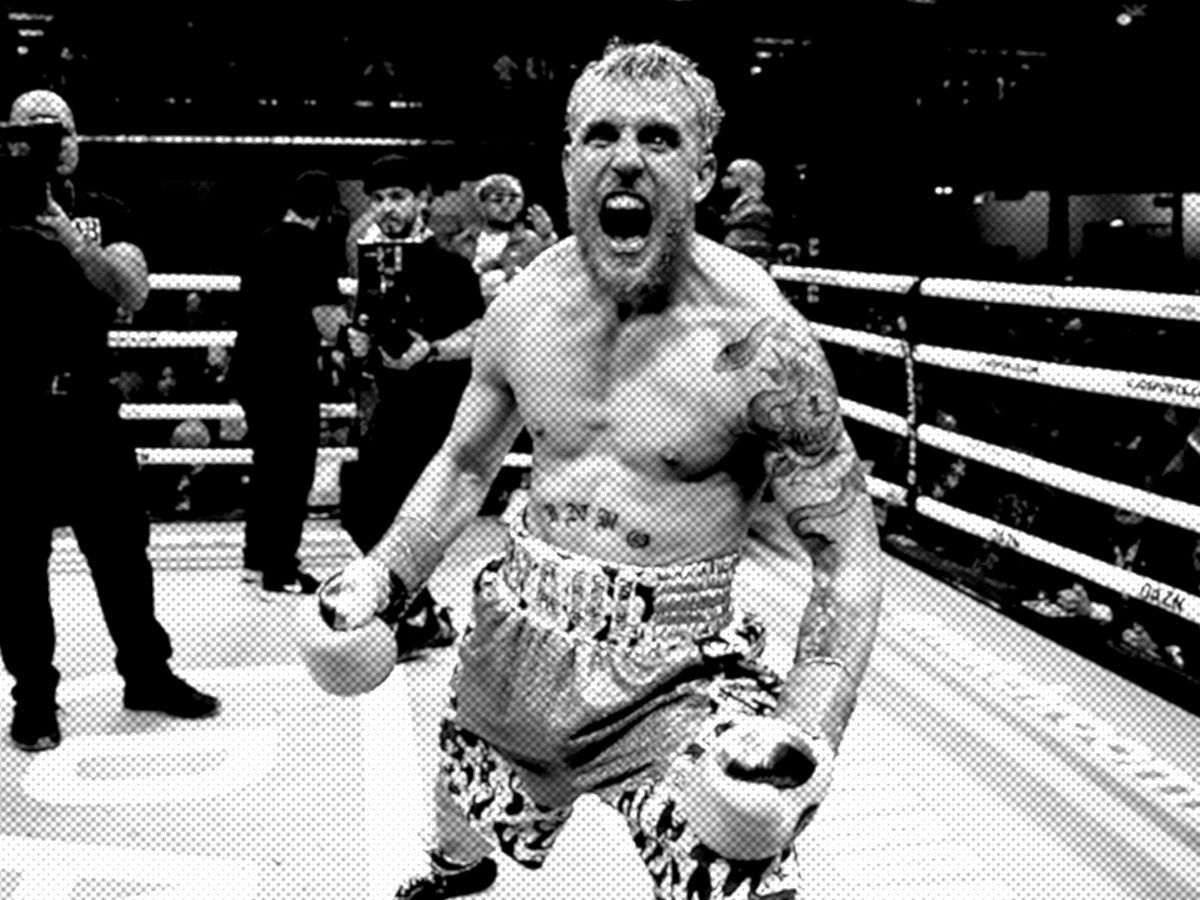 “Boxing don’t lie” is what Showtime executive Stephen Espinoza said Thursday afternoon, relaying one of the oldest fight game adages. Of course, everyone knows it’s not above stretching the truth, either. That’s what was going on in Cleveland at the press conference for Jake Paul’s next boxing match, this one against ex-UFC champion Tyron Woodley.

Yes, they are going to swing at each other’s faces and bodies on Sunday night with the intention of doing the other harm. And yes it will go down as a professional bout, just like that Triller bacchanalia that Paul engaged in with Woodley’s buddy Ben Askren several months ago. They will find out who is better at boxing by the end. This is what Espinoza meant by boxing not lying.

That doesn’t mean that certain sections of the media (and fans) aren’t seeing bears in tutus as they promote this thing. To an extent, I am too. It’s a boxing match between a non-boxer and Boxing’s Great Intruder. These are people known for other things who’re lacing up the gloves knowing full well it speaks to our deepest tabloid sensibilities.

Tabloids don’t lie either. And neither do straight faces, until they break out in laughter.

What’s being oversold, perhaps, is that everyone who tunes in will do so to watch Paul get his ass handed to him by Woodley. There is potential of that happening, and no doubt that outcome would delight those who dislike Paul for interfering with their lives, but it’s not really about that. It’s not about Woodley at all; he’s almost like a guy who stumbled into a fat paycheck. As a member of the MMA family, we are just happy he’s getting that fat paycheck.

I suspect the actual allure falls closer to Paul’s confusing power to create such an opportunity for a paycheck. All of this is still very left field. I think there’s a collective curiosity in trying to understand a New Phenomena, and the idea that Paul could create even more opportunities for other fighters should he win against Woodley. He’s spreading like a fungus from the Internet. How far can he take things? That’s where the curiosity really is.

As Espinoza pointed out, boxing has a very long history, yet Paul is pushing it forward by doing away with it. He’s doing away with boxing’s heaviest burden, which just happens to be its own story. Anybody whose enthusiasms can only extend as far as their ringside inhibitions  — the old purists who go in for discipline and decorum and the way things should be — won’t understand the stupid, youthful exhilaration that comes with taking a blowtorch to tradition.

And it is stupid, to be sure. Then again, stupid are the times. Jake Paul is of the times.

The truth is, we kind of hate Jake Paul because he broke into our psyche like a fucking burglar, and most of us didn’t have a say in that. He started stealing headlines. He got more famous for being famous, and he knew how to keep that vortex moving.

He’s harnessing that hate through his boxer form, and he is selling pay-per-views. We didn’t ask for it. We didn’t want it. But to hear him tell it, boxing needed it. The jackass is in evidence, too. He’s not afraid to bring it out. Of late there’s even been an air of a savior to him, if not in the public’s estimation then certainly in his own. When he goes after Dana White as a tyrant who doesn’t pay fighters what they deserve on social media, plenty of people smile.

But none bigger than Jake Paul.

Though Paul has been taking boxing seriously enough, he himself is a novelty. Eventually he will go away, but I don’t believe that’s truly where the rooting interest is right now. If he gets knocked out Sunday, there will be celebrations for sure, but everyone expects that downfall. It’s just a matter of time.

The real emotional impulse is in his winning. That’s where the good fight game hysteria is. That’ll mean more fighter paydays. More lunacy. More adventure. More hate and confusion and disdain and idiocy. The fight game loves nothing better than to lose its mind from time to time, and it can do that in 2021 with Jake Paul.

Hey, boxing don’t lie, but — if enough money’s involved — it doesn’t mind being lied to.