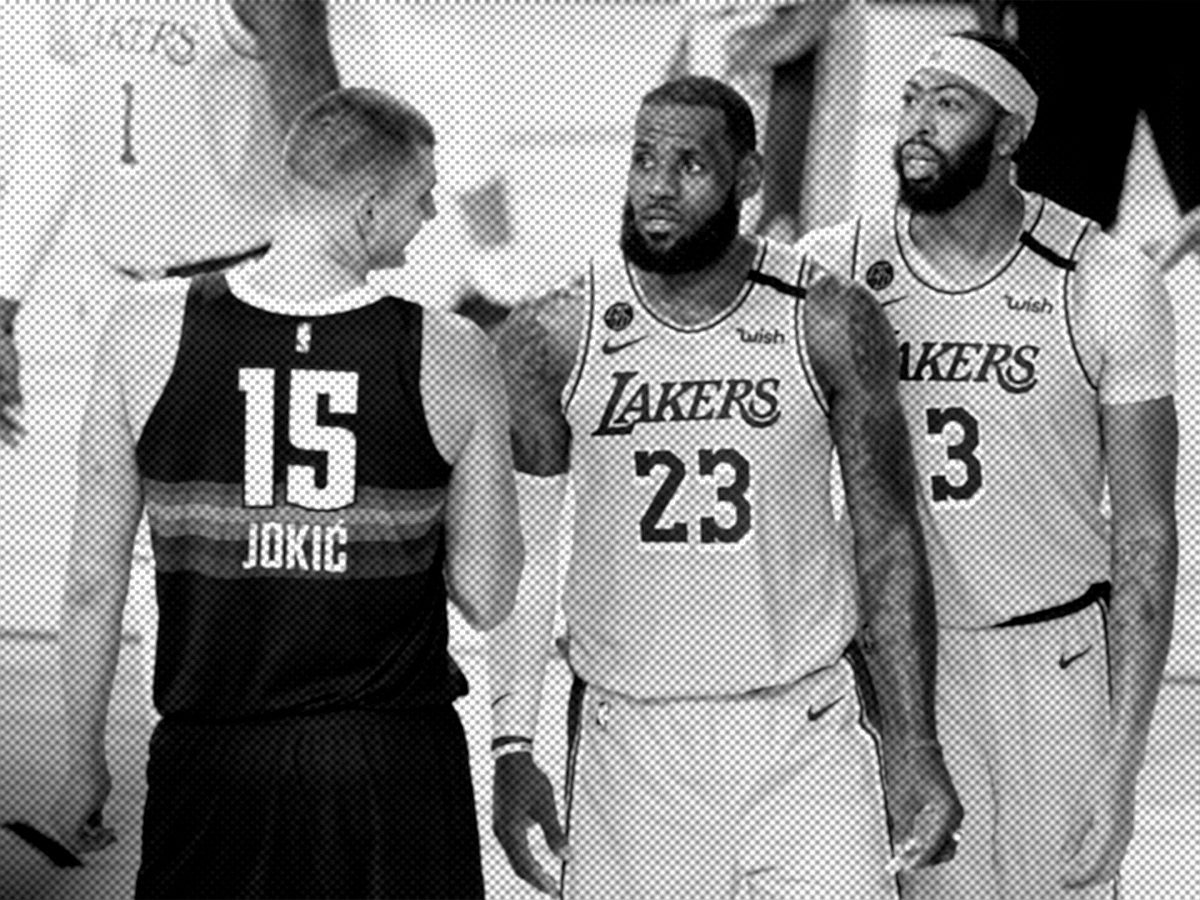 If Denver had more caring columnists, there wouldn’t be such a disconnect between the Nuggets of today and the Nuggets that have always been. If The Denver Post’s Mark Kiszla had a deeper feel of history he would reference the Lakers continued dominance over the Nuggets all the way back to the 1985 Western Conference Finals. The line of pain would be held taut until history stopped repeating itself. It would be a tragic story in the way the Broncos are a tragic story for any Cleveland Browns fan.

The Nuggets are 0-6 against the Lakers in the playoffs. They are 0-3 against the Lakers in Western Conference Finals. The Lakers are the reason the Nuggets have never played in an NBA Finals. They knocked the Nuggets out last year in the Bubble. They knocked Denver out when Colorado native Chauncey Billups was brought in to complement Carmelo and Kenyon. They knocked Denver out when Ty Lawson was the court general. They beat every Doug Moe rainbow team they encountered, including that ’85 squad when Alex English broke his thumb.*

The Lakers beating the Nuggets isn’t even a celebrated tradition in Los Angeles. It’s more a perfunctory duty. It’s like remembering to put the trash cans out on a Wednesday night. It’s just something you do.

Monday night, when the Nuggets lost a big down-the-stretch game against the Lakers to snap a five-game winning streak, it felt somewhat inevitable. Once again the Nuggets didn’t play all that great. Once again, the Lakers — reeling and without Lebron James and Dennis Schroder — began to get right. Once again the referees played a subtle role in keeping things the way they always are, especially with the threat of the Lakers slipping into that precarious “play-in game” territory in the West standings.

This time 5-foot-10 Facu Campazzo was charged with knocking over 6-foot-10 Anthony Davis with two minutes to go, a flop that got the whistles singing some pretty familiar tunes. The collective mumbling in Denver could be heard saying some version of the same thing. Such bullshit. That particular call negated a Michael Porter Jr. three. If that play stands, the Nuggets cut the lead to one after being down 14 points moments earlier. Instead it stayed safely just out-of-reach at four, all momentum shunting back to the Lakers.

And so it goes. This column isn’t about the referees, though. It easily could be, especially after they put the Joker in foul trouble so early and often in the WCF last year, especially after that one-sided Game 5 in the 2009 when the Nuggets were tied 2-2 and at the mercy of the skewed whistle, especially after all the preferential treatment any diehard Nuggets fan has witnessed over the years.** The referees are the elephant in the room every time the Nuggets play the Lakers, and if there is a league mandate to keep it that way you can see it without wearing tinfoil hats. That’s where the “inevitable” part comes in. With nobody paying close attention to Denver, who’s out there to hear our screams from Lebron’s basement?

Just as nobody wants to play Los Angeles in the first round in the playoffs,. Especially Denver!

Though the Nuggets have the consensus MVP in Jokic and a breakthrough star in Porter Jr., going against the Lakers has the feel of a death sentence. Even if Jamal Murray were healthy. Even if Will Barton were the Will Barton of old (and healthy), and Paul Millsap was like a young Paul Millsap. Even with the addition of Aaron Gordon, the piece brought it to help turn the tables. Even with all that, they’d still be up against an unacknowledged stranglehold that the Lakers have on the franchise. They’d be up against the Brow, the Whistle, the spirit of Kobe, the Kardashians, and the Way Things Are.

Oh, and of course Lebron James. You know he’ll have his health sorted out come playoff time.

What’s bothersome about all this is that nobody seems to care. Or at least care enough. Or maybe it’s that nobody cares to satisfaction for all these years of quiet resignation. No Denver Nuggets team feels part of a tradition, and really there’s no linkable tradition — in large part — because of the Lakers. This current Nuggets team, which is truly a joy to watch, doesn’t feel the pain of Moe’s teams. Nor do they feel a need to avenge George Karl’s teams. Nobody’s taking up the cause for what’s in a long-suffering Nuggets’ fans heart. There is a disconnect in the family tree. No Denver columnist cares to delve into this reppressed emotional pain. No national broadcast team cares to give Denver the sentimental edge.***

Vindication doesn’t cross the glancing media’s minds, because they simply don’t know. It’s always “cute Denver,” and a pat on the head.

It’s always Magic, Lebron, Kareem, Kobe, Shaq. It’s Showtime, Jack Nicholson, ceremonies for rings, Mark Madsen dancing very whitely during rallies in downtown LA. Since the time of puffy stickers, it’s always the Lakers story that the Nuggets pass through, not the reverse. It just keeps going that way, because one franchise matters so much more than the other. There is a chasm of relevance that spans back to 1976. There is huge resentment stored up in a Nuggets fan’s hearts, too, that not too many people seem to care about. Or at least care enough.

Nobody wants to play the Lakers in the first round. Yet I’ll say this. If the Nuggets do play the Lakers in the first round, and they somehow overcome what feels so inevitable, it would be the sweetest thing that has ever happened to the franchise. It would be like advancing levels in Mario Bros, the paths would materialize going forward and all the way back to the beginning. The teams of old would materialize like genuine, connective pieces to the whole. Dan Issel could smile that gap-toothed smile. The Nuggets would finally materialize as a legitimate NBA team. The referees wouldn’t feel like such wardens of destiny, and a Finals appearance would no longer feel impossible.

That’s the story that should be told. That’s the line of pain that should be held taut until history stops repeating itself. For the Denver Nuggets it boils down to one seemingly impossible thing: Beating the fucking Lakers.

*Or rather, Kareem Abdul-Jabbar broke his thumb

***When it comes to the Nuggets, until they win it I am emotionally locked at eight years old — back to when it started for me